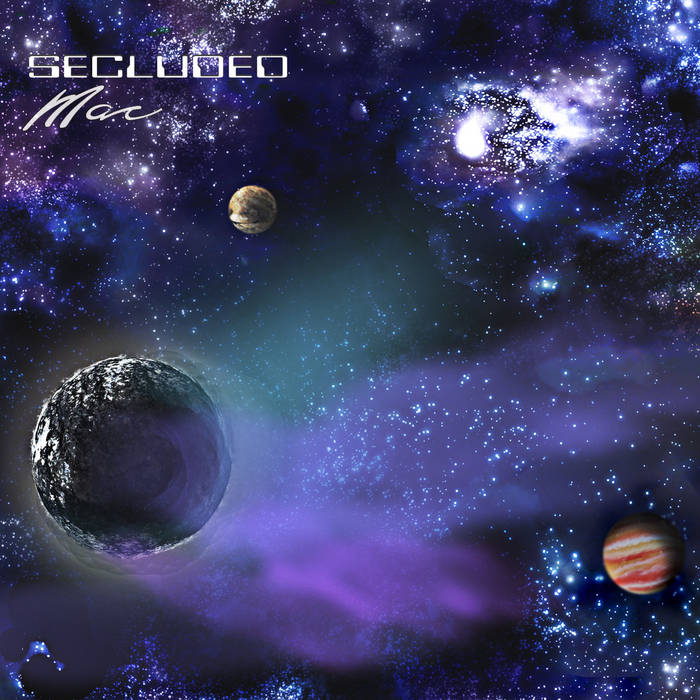 This album is the first in a series of three works in Berlin School music style (the kind of electronic music created in the 70's by Tangerine Dream and Klaus Schulze in Germany). It's not really a trilogy, but they are tightly connected.
My previous album was called "The end of an era". I perceived things were about to change in my life, and that album expressed all of my confusion and lack of direction. "Secluded" and the two albums that followed ("Radiation" and "Fire on Mars") were recorded while things were actually changing and I was, in a way, losing - or shedding - my previous life.
For a while I isolated myself as much as possible from the world, in order to get myself together and reflect. Secluded was composed and recorded during that period of inner conversation with myself.

"Away from everything and everybody, finally alone, free to find your balance again. Unpolluted, undisturbed, no voices but your own. Secluded, at last."

Chapter two of this trilogy is here macofbionight.bandcamp.com/album/radiation

Chapter three of this trilogy is here macofbionight.bandcamp.com/album/fire-on-mars