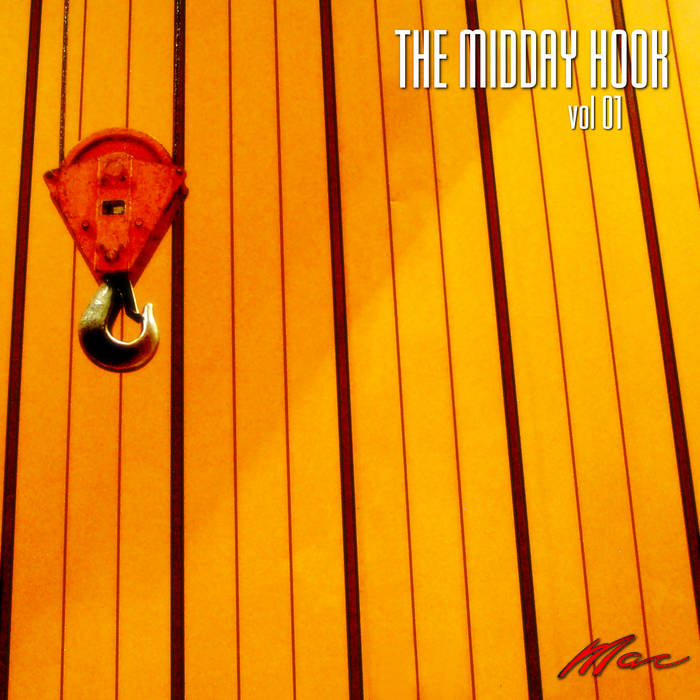 Even if it wasn't planned at all, this album in three volumes (volume two is here macofbionight.bandcamp.com/album/the-midday-hook-vol-02 , volume three is here macofbionight.bandcamp.com/album/the-midday-hook-vol-03 ) celebrates my first 30 years of music making. It's quite a coincidence, considering the title of one of the tracks ("30 years before/later/more," it is featured in three versions) that now sounds almost prophetic. This triple album contains, quite simply, most of the tracks I love above any other I have composed. They all come from extremely important periods of my life, when I was trying to find out who I was and wanted to be while also trying to understand what my place in the world was. The intensity of my emotions back then was just amazing. All of these tracks were trapped in the audiocassettes I recorded them on for decades, waiting for me to have the gear and the ability to record them properly, and now they're finally here. They are just a big bunch of silly songs based on few chords and sounding all the same, but they represent the framework of my very life and soul.

- "All I miss" is the track of mine I love the most, the fundamental one, the one that better defines and represents what I am.

- "At night" and "In Silence" appear, in slightly different versions, also on my album "Justice". They are included here because they also belong in the group of tracks that now live on this album.

- "Exiled" is the very first song I've ever written. I was about 16 and all I had to make music with was a plastic electric toy organ by Bontempi. What you can hear during the first minute is an exact reproduction of what I composed then, down to the organ sound. Along the years I also added that sort of melody you hear from min 1.31. That sound of toy piano towards the end (vst by Arman Bohn) has a meaning, too, as a toy piano was one of the "instruments" I used for so many years (I couldn't afford real instruments). This album would have never been complete without this track.

- "Minutes"... The passing of time, the value and importance of every minute. This is another fundamental track for me.