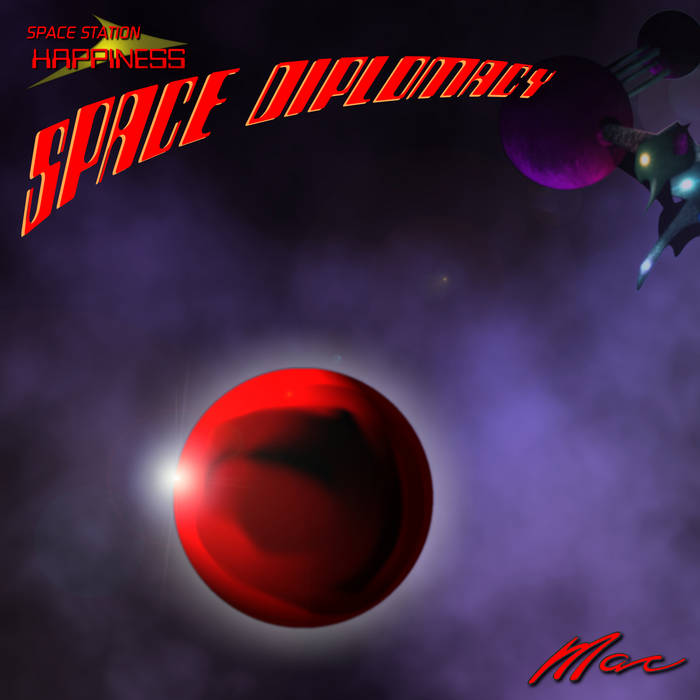 -
The story:
Space Station Happiness is hosting an important interplanetary diplomatic meeting. To make the atmosphere lighter, some musicians have been invited to play ancient Earth music, such as psychedelic rock, classic music, and other genres. All seems to be going fine, but just before the serious meetings begin, all the documents of the two diplomats - fundamental for the meeting - vanish. Who took them? Who could have an interest in keeping the hostilities going? Who is the mysterious man hiding in the darkest corners of the station? The diplomats accuse each other, and the station's crew will have to find out what really happened in order to help create and maintain peace in space...

Further notes:
I wrote this album in order to take a sort of vacation from everything during a rough period; Space Station Happiness, just like the other "places" in my imagination that you can find in the Space Adventures series, helped me get away from it all for a few hours.
It became, in fact, exactly what it is in this imaginary universe: a place to relax and recharge the batteries.
Musicwise, it is in the same vein as its previous chapter (Space Station Happiness), but the fact that on board the station there were musicians playing "ancient" (well, for them...) earth music gave me the chance to insert a few oddities here and there.
OK, it was fun for me, hope it'll be fun for you, too! :)