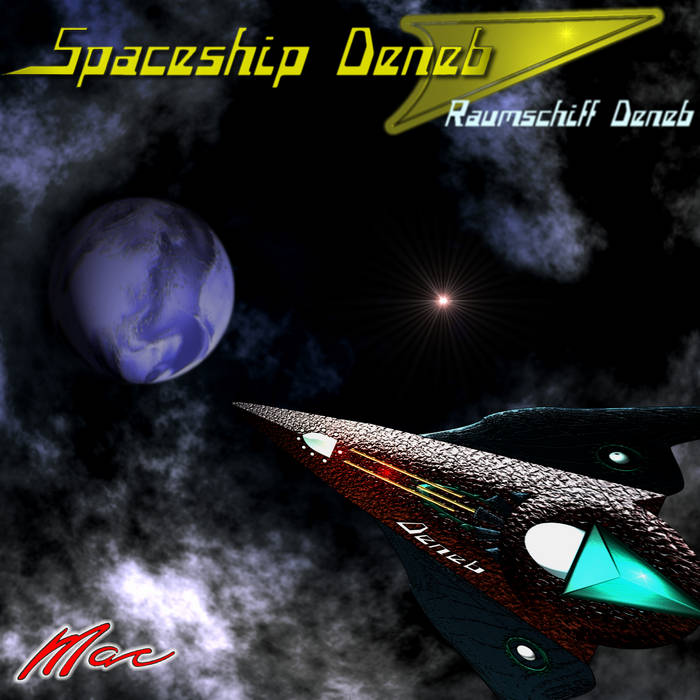 -
With this record I wanted to evoke the atmospheres of the old sci-fi novels and films mainly from the 30's, 40's, and 50's. However, my intention was not to recreate the soundtracks of those flicks - though they are an obvious reference - but just to provide both the listener and myself with a sound environment that could conjure up the same sensations as that fantastic era when the sense of wonder was still alive...
So, if your dream has always been to go to the forbidden planet, turn off the light, lie down and set your imagination in motion!

I've always loved old sci-fi films and novels and their naive and fascinating atmosphere. I often imagine to be on a starship traveling thru space on some unrealistic cosmic voyage, and very often this daydream is started by Zeit - the beautiful album by Tangerine Dream. Since I first listened to that record I wanted to make an album with a similar feel, but for several reasons I never did.
Recently, however (I'm writing this in 2004), I listened to two great albums: "Music for M100" by Alain Groetzinger, and "Ancient Astronauts" by Hal McGee and Chris Phinney.
These two works - which I also took the liberty to quote in some details here and there - gave me the drive to finally turn this idea that I had somehow kept inside of me like a prisoner for all those years into reality.
It only took me a couple of weeks to conceive and record the music for this album, so the whole thing is very instinctive and "pure".
The German title "Raumschiff Deneb" was suggested by a memory from when I was probably four or five years old. I was playing under the kitchen table, while my mother - who was a sci-fi buff, pretty unusual for a woman at that time - was watching TV and ironing. At one point I heard a strange sound effect and looked up: some kind of starship was taking off from what could have been a lake or something. I only watched that brief scene before going back to my toys, but for some reason those few frames stuck to my memory with incredible intensity. For decades I wondered what that program could be, till a couple of years ago I stumbled into a website about - among other things - an old German TV series called "Raumschiff Orion": I immediately recognized the mysterious starship that had been in my memory for such a long time - or so I believe, at least. Hence the German translation of the title :)