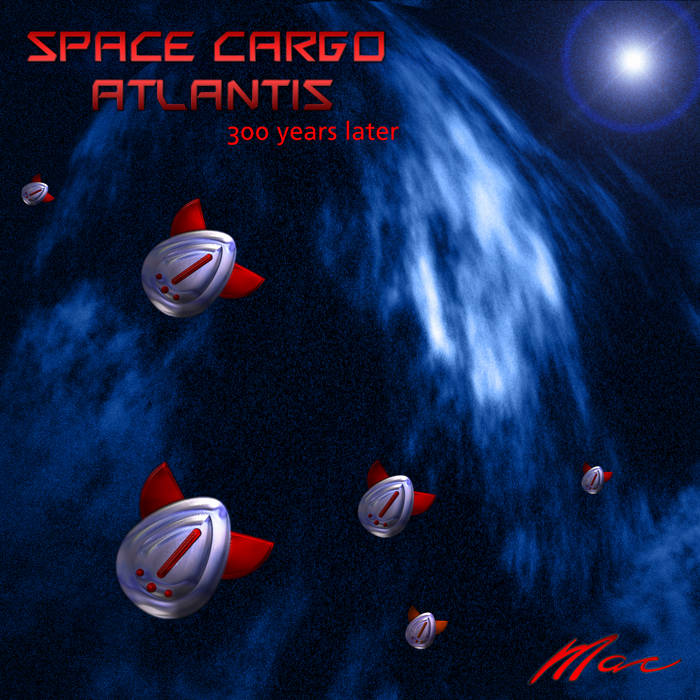 -
The story:
It’s been 300 years since the crew of the original Space Cargo Fleet landed on the Ghost Planet following a fake SOS signal. There they fought and defeated an evil being called Arkron, who used his mental powers to torture any creature who fell into his trap. The crew managed to escape and left Arkron alone on the planet with his madness. The planet was quarantined, so nobody would ever set foot on it again. After all these centuries, however, everybody has forgotten those events... Another cargo fleet traveling by picks up an SOS signal coming from the Ghost Planet! Arkron died 243 years before, but his evil ghost has haunted the planet since, his powers and his rage growing stronger and stronger, waiting for the time of his revenge to come. And now, with this new crew mostly made of descendants of the people who trapped him, it seems an absolutely perfect time for revenge...

--
Further notes:
Final chapter of the second trilogy set in the Space Adventures universe. Once again, I went back to atmospheres similar to 60's soundtracks - well, for the most part, at least. I also included two unreleased versions of the themes to Spaceship Deneb and Space Station Happiness, since this is the final chapter of the double trilogy and all. "Safe" (SS Happiness theme) is presented here in the same version you can find on my CD "A Fake Live Album," but without the "live" effects. "Spaceship Deneb Theme" is a slightly different version of this track's second recording. This album also includes the only track Erac ever recorded, which I included here as agreed on with Eros, the other half of Erac, before he was taken away from us.
Enjoy the space trip! :)