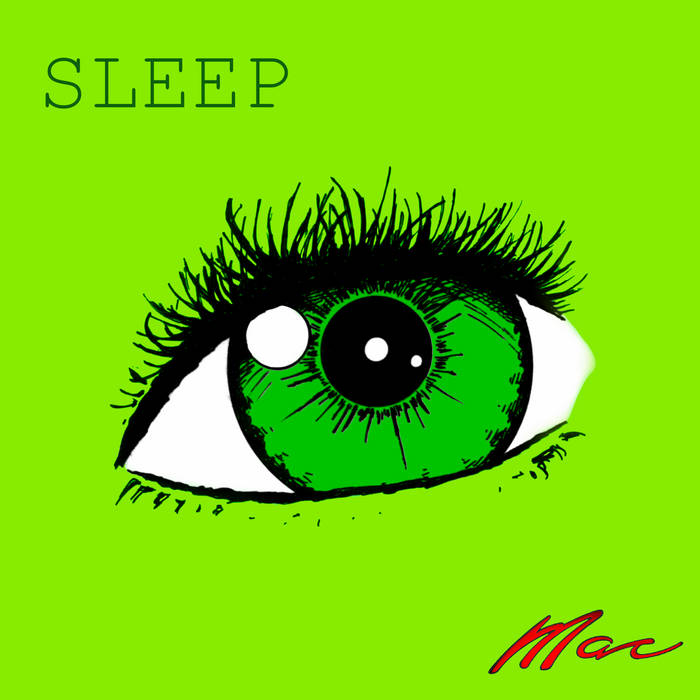 I've always had a very conflictual relationship with sleep.
My natural sleep/wake cycle is the opposite of most people,
as I go to sleep at 5.00 or 6.00 am and get up at 2.00 pm,
more or less. That makes things very difficult in a
society whose waking hours are very different. It is not
just that, though. Nightmares (I mean terryfing way beyond
description ones) were an issue for many years. Now they
have disappeared, but I still have some quite interesting
bad dreams and agitated nights of not-exactly sleep.
Insomnia is yet another problem that plagues my nights now
and then, often triggered by occasionally having to get up
in the morning, and even more often by worries and looping
thoughts. However, sleep is also the place where I find
the solutions that escape me during my waking hours. And,
above all, it is a condition/mechanism that fascinates and
scares me deeply.

I came up with the concept behind this album in 1995, even
if I had probably been thinking about it for many years.
I only composed one definitive track, though, which I have
re-made now (track no 1 on this album). It sounds quite
different from the original, of course, because now I am a
very different person (I'm writing this in 2010). However,
even if I wouldn't record it in the same way today, I have
decided to include the original 1995 recording as a bonus
track, as I think it still has something to say. I made it
with the only instrument I had back then (a Roland D5)
and by bouncing audiocasettes one track at a time.

Anyway, the music on this album faithfully represents part
of what sleep is to me today and what my nights are like...

(additional note from 2013: at the end of 2011 I solved my problems with sleep completely and now I sleep lie a log, at last... I did not use any sleeping tablets or any chemical crap, don't let the doctors ever give you those, find what is wrong in your life and fix it, you will sleep)