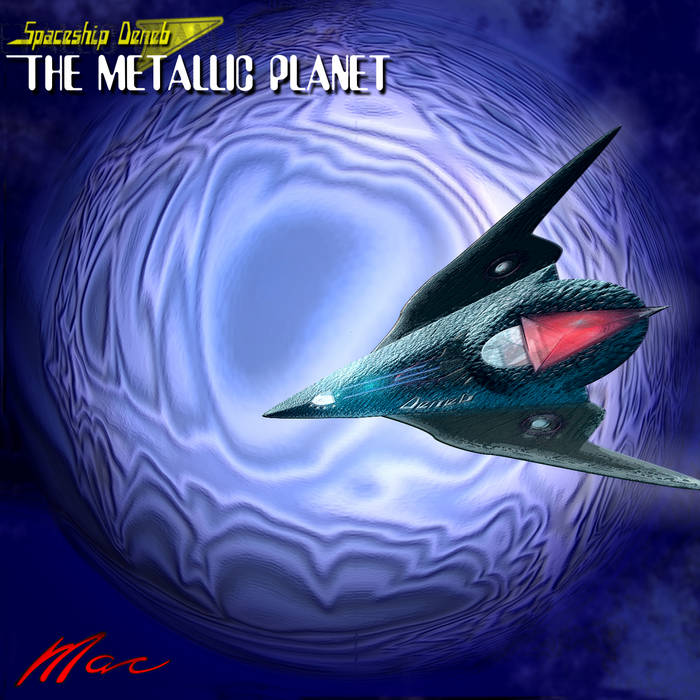 -
The story:
Spaceship Deneb discovers a small, uncharted planet that travels thru space without following any orbit. When the spaceship gets closer to it, the crew find out it is artificial, entirely made of metal; An enormous and menacing electric storm moves endlessly along its artificial canyons. There's no sign of biological life on the surface, so the crew decide to explore the inside of the planet. Along the corridors lit by dim lights, they meet what appear to be shadows, ghost images of the people who once lived in the strange, world-like starship. Small robots continuously scurry around to take care of the planet ship, oblivious to the Deneb crew that keep on walking to the door at the end of the main corridor.
An odd artificial - still natural looking - landscape similar to the inside of a hollow mountain now surrounds them; a path crosses it and takes them to a shiny metallic chamber where they meet Madrys, the only sentient creature on board. He's a green-skinned android who was in charge of maintenance and the correct functioning of Azral, the planet-like ship. Madrys tells his story of solitude that started when a mysterious epidemic killed all the biological crew, leaving him alone with the small robots as Azral experienced an increasing number of malfunctions and breakdowns, such as that of a generator that resulted in the huge storm on the surface. Moved by the lonely android's sadness, the Deneb crew escorts Azral to the nearest Federation outpost, where it will be repaired and manned with a new crew ready to explore space with Madrys as their captain.

Further notes:
Musically, this album moves one step away from the previous chapter ("Spaceship Deneb"), leaving the 40's- and 50's-like atmospheres for a sound that's closer to that of similar stuff from the 70's, 80's and 90's. The rule, however, is still the same: use your imagination and create images in your mind to enjoy the tracks! :)