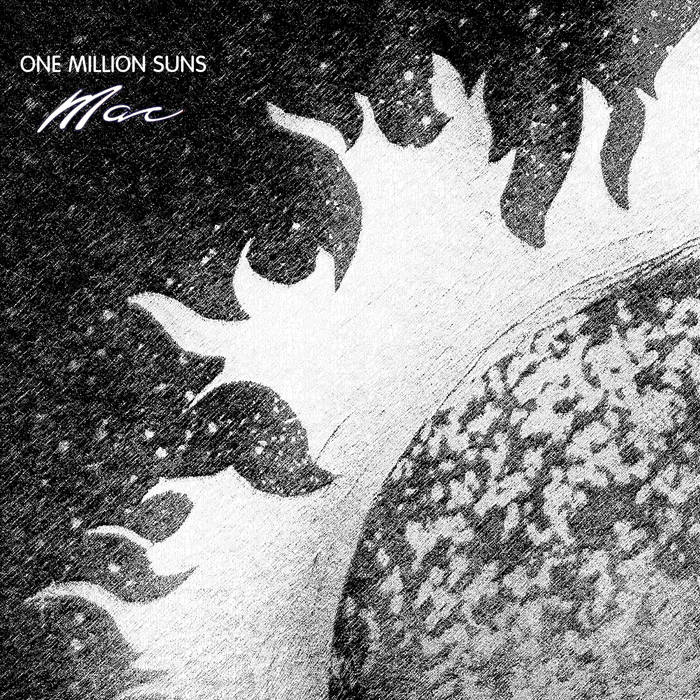 
In 1986 I recorded an album on audiocassette using only a toy sampler (Casio SK1). Although it was about space, it was a pretty rhythmic affair (hey, it was the 80's!), as opposed to a soft voyage through stars. Back then I thought it was a real masterpiece. After a few years, when the limits of my very poor gear became painfully apparent, I decided that one day I would re-record it with better instruments. For over twenty years I had the recurrent desire to give a definitive shape to what I felt was one of my best works. In 2009 the right time finally came and I started working on it. The whole thing was pretty exciting for me: I was recording that great album, at last!
The first track came out fine and I was fairly confident the album would be great. However, with the second track the problems began... I quickly discovered that the album preserved on that old tape wasn't such a masterpiece after all. Actually, it was a very crappy collection of confused and undeveloped non-tracks that made very little sense :( Sure, there were many nice ideas, but the songs in themselves were so messy and unstructured that extracting the good parts and giving them a proper form became a daunting task. As a matter of fact, it took me around a year to complete the recordings, and that is a loooong time for my standards. I guess things started really rolling only when I finally relaxed and began letting new ideas flow alongside the old ones.
Anyway, I made it and here it is. All things considered, I'm kind of happy with the result and I hope you will enjoy it, too. In any case, this album has always been a sort of milestone in my musical inner world, so my affection for it goes beyond any objective value it may have...
I'm glad I finally recorded it.

A note about the cover: the ink drawing I used for the cover is the very same I originally made for the old audiocassette. Back in 1986 I applied some "special effects" by moving it around a bit while photocopying it, while for the CD cover I used computer graphics, otherwise it is precisely the same picture.