FALLING FROM THE STARS - single from Flies, Flowers & Apes 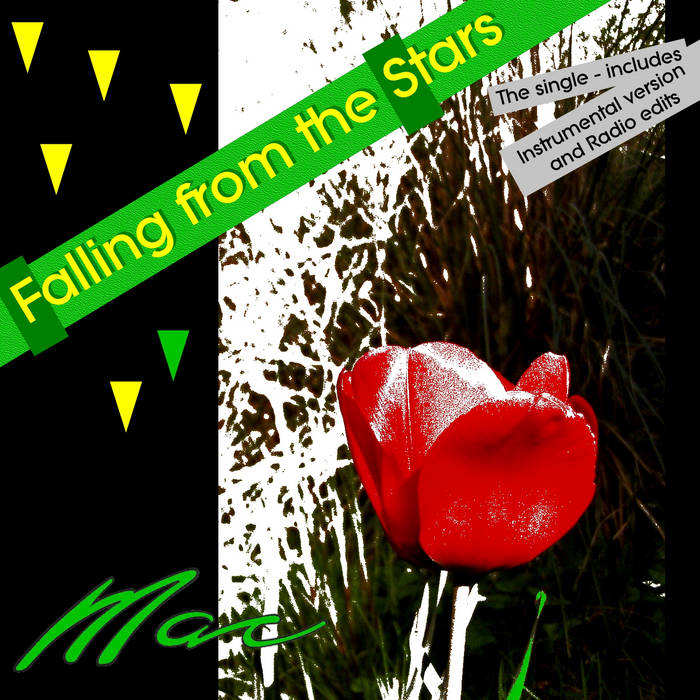 I almost never record a track just for fun or for the heck of it. When I sit down in front of my instruments, it's because I need to let out some precise emotion or experience. I make music because I need to. This track, however, was really just for fun - or rather, I needed to try out a very cheap microphone I had just bought, so I composed (so to speak) and recorded this song in half an hour just to see if that 20-buck mic could record vocals. This song is basically a collection of trite cliches of a certain 80's Italo Disco: Simmons drums, the typical bass and chords, few elements that try to overpower each other, meaningless lyrics ("I'm counting the stars, their number is beyond imagination, so why, why, why should I even try? Falling from the stars!" Should you find some profound meaning in this, know it is entirely coincidental), bad mix, bad singing, stuttering sampler, and everything is over-effected. On top of that, I added what has been the most abused cliche of all in recent years (I'm writing this in 2011): the darn autotune effect. The result is a track that could have been recorded by anybody at all. Still, I found it was fun and easy on the ears and brain, so I decided to release it just the same. Don't take it seriously and just enjoy it :)