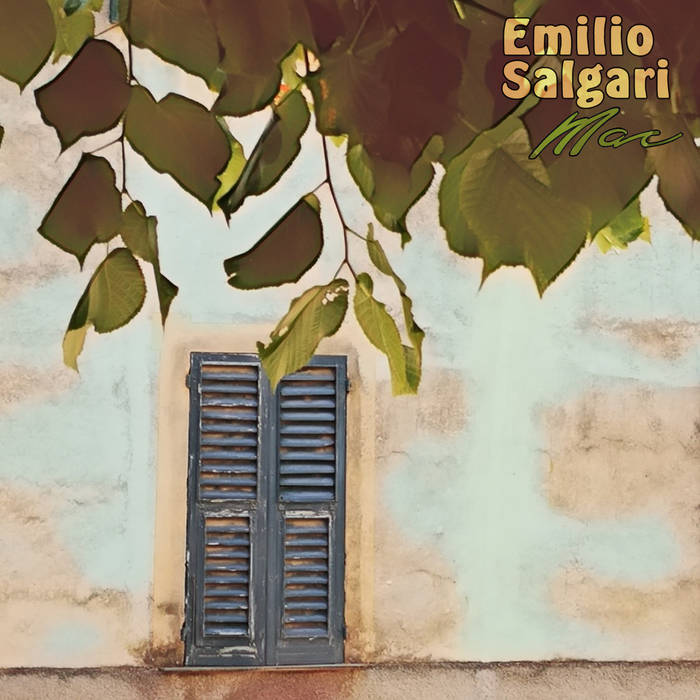 please refer to this page for notes about this series macofbionight.bandcamp.com/track/introduction-to-the-just-music-series )

-
Emilio...
Born in 1862, Emilio Salgari was one of the most incredibly prolific and imaginative Italian writers ever. In spite of his talent and the enormous success of his books, he was never given the recognition he deserved. Exploited by publishers, ignored by his peers, and hit time and time again by tragedy and bad luck, he lived a life of near poverty and misery till 1911, when he took his own life. Yet, his novels are permeated by noble, positive feelings and a strong belief in fair play. Therefore, I decided this record would not be about his personal misfortunes, but his amazing sense of adventure and the gratitude so many of us have for the simple, child-like excitement he has left for us to enjoy through his books.

The cover...
While I was beginning to work on the first track for this album, Uncle Sem sent me some pictures as possible covers. He had no idea what the new record would be about, and yet the pictures he sent me were so absolutely perfect for it that it was almost eerie. I used these cover images to focus on the project and – as usual - they guided me infallibly. domenicosemerarofoto.jimdo.com
www.facebook.com/domenico.semeraro.1694

The music...
When I started composing new tracks for this album trying to capture the emotions I feel when reading Salgari’s novels, I also realized that many of my old songs that had never been recorded had a similar spirit. I dug out the tapes where those draft compositions had been hidden for decades and finally gave them a definitive form.

“Goran and the others” is for Goran Kuzminac and for all the others.
Some field recordings are by www.freesfx.co.uk – the rest are by me.