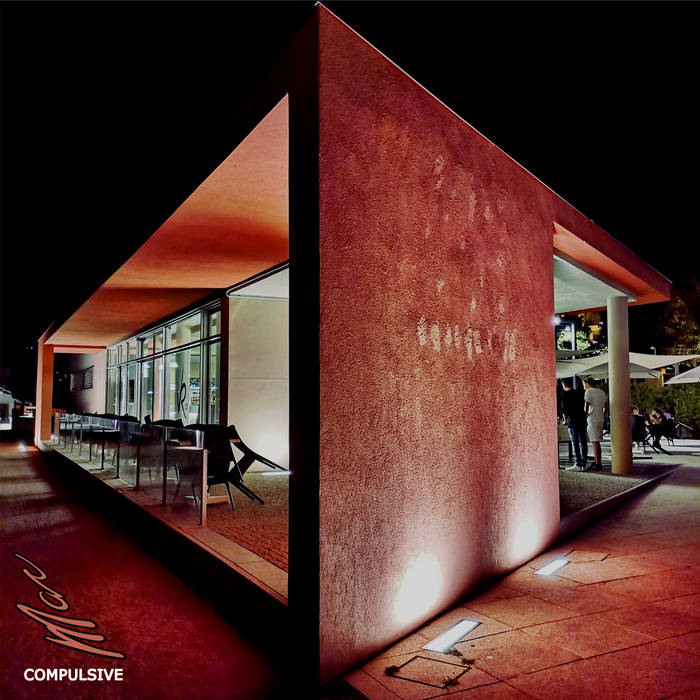 please refer to this page for notes about this series: macofbionight.bandcamp.com/track/introduction-to-the-just-music-series )
-

Once again, I found inspiration in the works of two extremely creative people I’m lucky enough to know: my uncle Domenico “Sem” Semeraro, an amazing photographer, and Markus Krause, developer of great software instruments.
I’ve recorded several albums using solely Tone2’s instruments, but only a specific one on each record. I had wanted to make an album using all of them together for a very long time, though.
The right stimulus came from the photo that’s now on the cover of this album. Sem took it one night while we were walking around town. I told him I had been trying to take a decent picture of this bar for two years with no success, so he looked for the right spot and in just one minute he created this masterpiece... How depressing.
However, it was the perfect visual map for this project, so here it is :)
Thank you once more, Sem and Markus!

All cover photos by
Domenico “Sem” Semeraro
domenicosemerarofoto.jimdo.com
www.facebook.com/domenico.semeraro.1694
except for Mac’s and Markus’ portraits