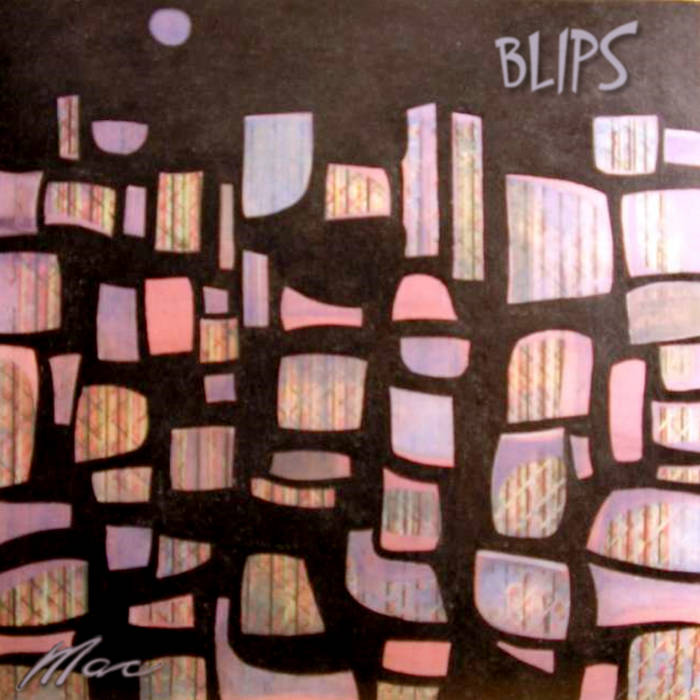 This album is a tribute to all those early pioneers of electronic music who ventured along the new paths tape recorders and rudimental electronic devices allowed them to discover. Here you will find homages to Raymond Scott's first sequencer music, Delia Derbyshire's tape collages of sounds, Louis and Bebe Barron's tape-and-oscillator forbidden music, and to music by all the experimenters from the 50's/60's .
It's my way to say "thank you for your courage and vision" to all those brilliant musicians.
I had the idea for this project a long time ago, but once again it was a painting by Piero Passerotti that gave me the final input to actually start working on it. The fact that the image of that painting I saw was a slightly out of focus photo of it made it even more vintage looking and fascinating. That generated the idea of making the cover look as if it had been a bad scan of an old album cover from those years. In turn, that gave me the idea of making the music sound as if it had been a rip from an old, dirty and scratchy 78 rpm vinyl like those you can find on the net. So crackles, pops, hiss, distortion, harsh sound and all accompany the music on this album.
Obviously this is something only very few people in the world can listen to (and maybe even appreciate), but I hope those few will enjoy it.