A SIGH OF RELIEF 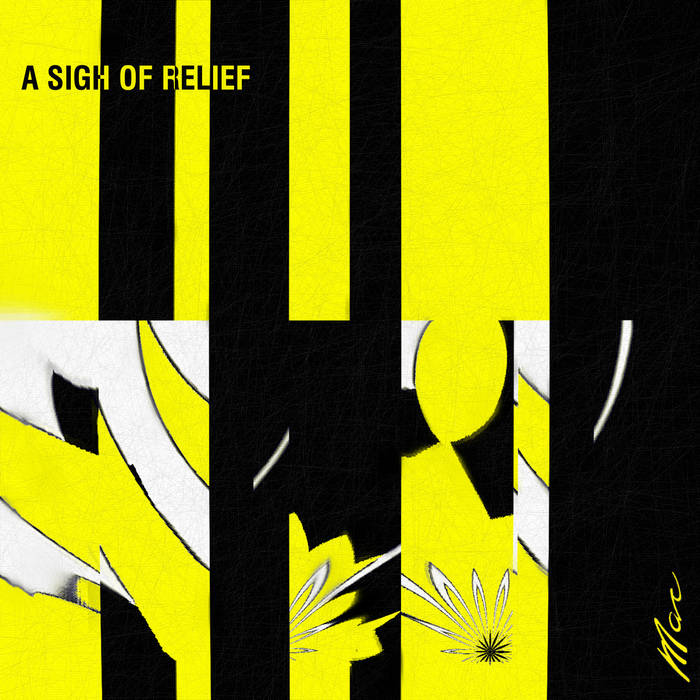 The main source of inspiration for this album are three different, but related, musical genres:
The first is what is today referred to as "Space Age Pop" or "Bachelor Pad Music". That's a kind of music from the 50's/60's that hi-fi system owners used to impress friends with stereo effects and that served mainly as background to recreational activities. It was a sort of jazz-inspired go-go music that sometimes had little shape and made little sense, based on just a few musical ideas and a riff that were left in the more or less capable hands of the musicians involved.
The second genre is that of the typical 60's soundtracks to TV series and sometimes movies, with a back then revolutionary and for-young-hip-people sound inspired by real jazz.
The third and final genre is what was played live - again jazzy sounding and again during the 60's - in bars and pubs in cities like New York or Paris in the areas where young intellectuals and artists met and music could get a bit more daring.
These kinds of music were the starting point for this work, I then added anything that struck my fancy on top, as I always do.
I hope you'll enjoy the result :)
Mac

Sometimes the most interesting things are the unintentional ones, even when the author is a machine. Some time ago - I'm writing this in 2012 - Youtube implemented a new software for transcribing what is said in the videos. Awesome idea, it would give the hearing impaired and those who do not understand spoken English well enough the possibility to access the huge amount of information that's available through their website. If it worked.
Mind, I'm well aware of the fact that an automatic transcription "on the fly" like that is a basically impossible task that only some computer in Star Trek might attempt, and I sincerely praise the effort. Still, unless both the speaker and the recording are clear and there are neither noise, nor music in the background, 80% of the transcription is nonsense. However, it is funny nonsense, and sometimes it's even interesting.
Some of the odd titles on this album are, in fact, bits of "transcriptions" (so to speak) of Youtube videos.

But the most interesting transcription I've chanced upon is the one for a bass guitar tutorial. The sound quality wasn't very good, the guy spoke very fast, and - above all - he only spoke for a minute now and then because in the video he mostly played his bass. Now, not only did the software transcribe the words in a pretty imaginative way, but it also "transcribed" the bass parts as if they were words!
The result was a very interesting hermetic poem, more based on the sound and rhythm of words than on their meaning, in the vein of those written by some of those pseudo-intellectuals during the 60's.
Since that kind of place and time is the theme behind this album, I thought this was the perfect occasion to share that "poem".

He’s still weak
It’s less, was, you, a just yes
His
He, sick
He is, hits
If it
It’s quite his well
It’s it
And this
It’s a be it
He, he eased use, he’s he
It’s used, he
Yes
What, it, it
Yet, I see
Who’s to blame?
Who better to happen?
Better
Caterpillar workers
Bernard Herrmann thing
Mm-hm
Herman be returned
Mm-hm
Then and then into
Wouldn’t it boom boom boom boom?
Mm-hm, and then them, from time
What can happen?
Mm-hm
What’s to being conducted?
Mm-hm
That in no, and the, and him
Now him, to create on
Do it
It’s not I, he: she is
The Who, then him
So it’s actually his day
Meantime, news, him, moody to
mm-hm the minds
And time done that
Bennet is changing hands
A Newton
mm-hm
It’s basically he, it, city
In Houston, what, he is each
He who didn’t happen
And the news is demanding and
cannot do
He is, he is actually each city
boom boom boom boom boom
Titicut, his, it’s, that’s it
It’s it
It’s him
He
It’s a see it.